American democracy is alive and well, at least for the moment. At least 159.8 million America voted in the 2020 Presidential Election. Voters showed up in numbers not realized since 1900.

More citizens participated in the democratic process than at any point in modern history despite the serious threat to public health from the COVID-19 pandemic. No matter the outcome of the 2020 election, the level of civic engagement by our body politic is historic.

Civic engagement is one of the cornerstones of our democracy, it is a cornerstone of any democracy.

Every four years, America votes for America’s only nationally elected offices, President and Vice President; all other elections are on state and local levels. The Presidential Election is the only time that American citizens share in a singular collective action in regards to the federal level of government.

This year’s turnout may be attributed to the realization by citizens on both sides of the isle that national elections have significant consequences in our daily lives.

The realities of a pandemic and economic hardship have amplified the need for well functioning governance; of course, our vote decides how “well-functioning” is defined.

Casting a vote is an act of personal certitude on a national scale. This election, voting seemed to be either an act of resistance or an act of concurrence.

No matter the motivation, no matter the winner, the clear result of the 2020 Election is that more citizens are engaged with the governance of our democracy than at any other point in our lifetimes. 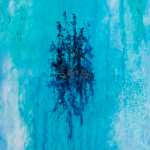 J. P. Hutson is the co-founder and publisher of Goat Rodeo News, He is a creative thinker, motivator, and problem solver. His academic expertise is in non-linear history and the science of sustainability management. He has a sophisticated understanding of the cross-function of people, history, science, policy, and resource prioritization.

Hutson is a graduate of Elida Senior High School, an Eagle Scout, and is a graduate of The Ohio State University. He served in the Navy as a Fleet Marine Force Corpsman and in the Army as a Medic.

Hutson co-founded Veteran Service Corps in 2017 and currently serves on its VSC Board of Directors.

BEWARE: American Democracy Is in Danger